Continuing with how to make easy money working at home, I’ll tell you about my first job – before and after school hours care.

Louise’s big day had finally arrived – her first day of school.  We lived close to the children’s primary school so we walked to and from every day.  I had Luke in the pram/buggy, Louise and Tanya hanging onto the right side and Blake and our Golden Retriever dog, Daisy, hanging onto the left side.  We were always noticed!!  People would constantly comment on the amount of young children and the fact there was always also a dog in tow!

When one kid grows to ten!

About a week later, one of the other moms told me she had to return to full time work and would I be willing to care for her child after school.  What’s one more, I thought?!  I still vividly remember the first afternoon this child, John, came over.  He was an only child.  He was use to quiet and order.  He had never had to share a house with 4 other kids… And a dog!  Poor kid, stood with his back in a corner the whole afternoon, watching in amazement – or horror – as my 4 ran and played and ate and drank.  He eventually learnt how to interact with my kids… And dog but I think he always checked where the exits were, just in case!

Other working moms soon noticed that I was walking to and from school with an every expanding brood of children… And a dog.  Mothers would approach me and ask could I look after their child/ren also.  I stopped accepting other children once I hit 10!  I didn’t always have all ten at the same time – some did just mornings, some just Tuesday and Wednesday afternoon.  It was like a combination of the movie “Sound of Music” and “The Brady Bunch”!

So here is my first foray into making easy money working at home.

How I set up my first work from home business

My rules were simple.  For the parents and the children.  For parents – No children before 7am or after 5.30pm.  This gave my children time to themselves. I kept a book for payment.  I charged $10 for 1 child, $15 for 2 or $20 for 3 from the same family (I had a couple of 3 children families) per session – a session was before school or after school.  This was much cheaper than the after school hours facility nearby.  Payment was to be made by the week’s end or no pick up next week.  For kids – Manners and respect were a must.  No one to go into my children’s bedrooms.  No one to wander off.  No screens except TV if it’s raining.   No more than 2 scoops of ice cream!

I purchased $50 of “dress up” clothing from a charity and Louise did dancing so we had her costumes also.  These were in a big box and the kids would often dress up and put on concerts for each other.  I had small musical instruments – harmonica, tambourine, etc which the kids loved to play also.   I would also go to the big department stores occasionally and get a washing machine box or refrigerator box out of the dumpsters – the kids would make this into a castle which they would use for their concert backdrops.  I had a big box of chalk and the kids would draw over the sidewalk.  John went to an accelerated learning school on Saturday’s as well and often had to do homework for this school at my house.  So he wouldn’t feel excluded, we would sit outside and read out his homework questions and everyone had to write the answer in chalk on the sidewalk.  Fortunately, we lived near a big park too so we played football, hide-and-seek or climbed trees.  The kids played the “old fashioned” way and they really enjoyed themselves.  I had very few squabbles or problems between all of them.

How you can make money working from home

I averaged around $350-$400 per week looking after the kids.  My expenses were ice-cream (that’s why the 2 scoop limit!) and that’s about it.  The “dress up” clothes were a once off expense that my children used often, we also used the instruments and chalk.  I always had a lot of fruit and vegetables and bread so that didn’t really cost extra.

As you can see, I took something I was already doing – looking after 4 children and I scaled – adding another 10.  My house and surrounding environment allowed this to happen easily.  If you live in a small apartment, are you able to look after another 2 children?  This may give you another $50 a week – what could that buy for you?

Remember, look around you, get organised and be creative and you too can make easy money working at home. 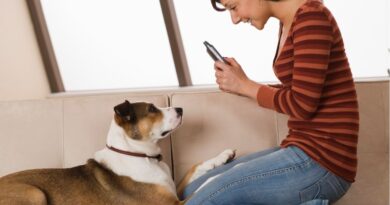 How To Start Your Own Business As A Pet Photographer

Work From Home As A Keto Diet Supplier 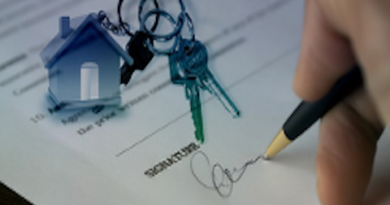 Do You Have Permission to Market?